If you like creative, genre-bending, fully improvised, expansive and energetic free jazz, then you will surely enjoy this. The British-French quartet, consisting of Dan Warburton on piano and violin, Jean-Luc Guionnet on alto sax, Francois Fuchs on bass and Edward Perraud on drums, has a real take-no-prisoners approach. The three long tracks (approx. 29, 24 and 17 minutes, aptly titled 29:09, 24:41 and 17:20), are a pure powerhouse of full-speed intensity and unrelenting energy. Once in a while the wall of violence slows down for spiky and intense interactions between the four musicians, but not for long, because it swells again and becomes another giant wave that pulls and pushes everything along that crosses its path until it eventually comes crashing down, with splatters of piano notes, crashing cymbals and throbbing strings flying in all directions. The second track starts very quietly, creating bizarre soundscapes, evolving into a double-tempoed quartet, with sax and drums playing up a storm, while piano and arco bass compete for slowness, but it doesn’t take long before they too are sucked up by the passing tornado, violent and powerful, which after a while unexpectedly disappears, evaporates or whatever those things do, to leave the empty space to dispersed sound debris, bits and pieces of music scattered all over the place with no clear order, each individually meaningless, and which, surprisingly, reassemble to become, yes, another juggernaut, another behemoth of sound, moving hard, moving fast, occupying all space, propulsed forward, sucking up everything that it encounters on its way, and even more suprisingly, full of velvet sensitivity.All about jazz

This quartet mines some open spaces with commitment but the results aren’t really all that involving. This is due in no small part to the fact that their focus seems to ebb and flow. This results in music that’s at some moments diffuse, and at others full of the kind of all-out intensity that’s mostly rhetoric and little substance. The three track titles refer only to the duration of each piece in minutes and seconds. That nominal approach applies to the music itself. "29.09" has entered a passage of squall by the time the sixth minute is reached and the result sounds like four musicians in search of an idea. Drummer Edward Perraud injects some levity into proceedings when he’s not approaching his drums as though they deserved assault and battery, but his band mates seem intent on whipping up some kind of ecstatic storm the like of which is hit and miss in terms of impact. By the time the eleventh minute has rolled around that mood has dissolved and it’s in such quieter passages that the music comes to life. Jean-Luc Guionnet stutters into his alto sax and the group imperative is clearly something other than sound for its own sake.

More or less the same aesthetic apply to "24.41," the opening of which finds the group looking into subtle, shaded dynamics. The result is compelling music with the very lack of volume contributing considerably to that end. By the eleventh minute however whatever mood they’ve managed to established has been slowly usurped by the evidently collective desire to thrash, although Francois Fuchs’s bass holds to a darker, less nihilistic dynamic in its midst. The music seems to be on the verge of implosion at this point and it’s to the group’s credit that they hold the thing together.

Dan Warburton’s piano sounds not unlike McCoy Tyner on "17.22," and indeed the spirit of the Coltrane quartet is summoned up in no uncertain terms for a time, albeit with the perhaps inevitable lack of that group’s singular integral dynamic. Diffusion comes soon enough anyway, with the music losing out to sustained assault. 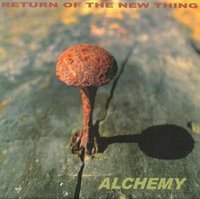