Featuring live bands, avant electronica, field recordists, improvisers and minimalist composers, there are numerous reasons to be excited about this 2-disc compilation of some of the most innovative and original sound artists from across the world. Perhaps the most important reason is that this is the first release from the new Malaysian based Xing-Wu records, a label established to document local experimental works, five of which appear here alongside the worlds foremost experimental performers. Another reason is that all of the tracks are exclusive to this release, including the likes of persistently weird Argentinean rockers rockers Reynols, no input mixing board sine manipulator Toshimaru Nakamura, renowned improviser and What Is Music cofounder Oren Ambarchi, recent visitor and collaborator with Tony Buck, German trumpeter and sound manipulator Axel Dorner and Japanese dobro player Tetuzi Akiyama, who coaxes difficult skull piercing pitches from his innocent looking instrument. Highlights include American Jeph Jermanï¿½s field recordings of birds gathering near his house, local improvisers Anthony Pateras and David Brownï¿½s (Bucketrider) sparse and tentative untitled cut which echoes some of their work with Sean Baxter on the recently released Ataxic disc, and the incredibly difficult pitches of Malaysian ensemble Zai Deï¿½s Ni-Be. The reality is that the multitudes of sounds and approaches presented here ensure Xing-Wu a bright future in providing an important regional role in documenting the local scene and assisting it to remain connected to the all of the directions and developments from the other side of world. 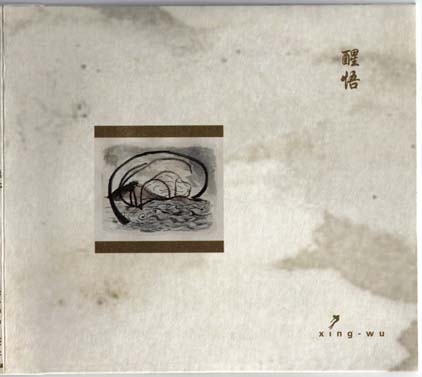 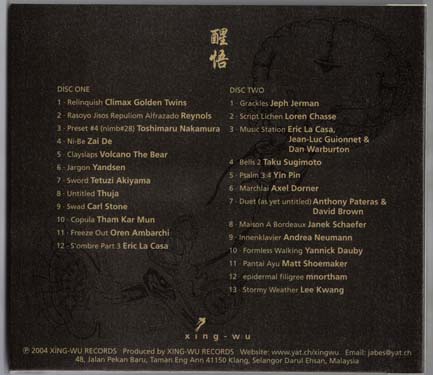