â€œLE BRUIT DU TOIT is a rare meeting, and a recording which took place at a Buddhist temple in Mishima, between two stalwarts of music â€” Seijiro Murayama, founding figure of numerous seminal avant-rock outfits during the 80s/90s like Fushitsusha (Murayama was its original drummer) and ANP (Absolut Null Punkt) ; and Jean-Luc Guionnet, already a veteran and a revered artist in the musical constellation of sound art/composition and improvised music.

A rare meeting, not because this was their first and only time playing together, but rare in the sense that this meeting was a culmination of a series of unprecedented events (mostly seemingly banal and mundane) and musical possibilities that occurred before and during that meeting. This document could be viewed as a portrayal of the very first time they had expressed themselves in a manner previously never explored and rendered conceivable between the two. Sounds, approaches and possibilities never before coaxed from their instruments, not to mention constitutive of their overall artistry, have now and hitherto found life during this meeting and after.

LE BRUIT DU TOIT could not only begin here but invites its own possibilities.â€ â€“ 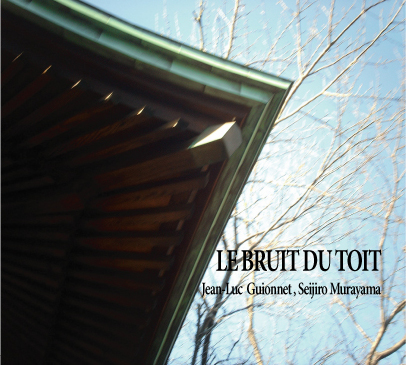